Back Again For the First Time 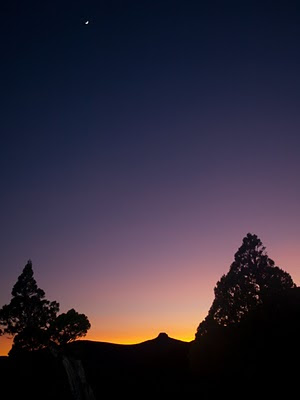 [Reflecting on a recent bushwalk in Tasmania's Pelion Range]

About 20 years ago I spent a week in the Pelions, a range of mountains that variously glowers, sparkles or hides itself above the centre of Tasmania’s Overland Track. In Mt Ossa (1617m) the range contains Tassie’s highest mountain, while Pelion West ranks 3rd, Thetis 13th and Pelion East 17th. It really feels like the roof of this rugged and rumpled island state.

This February I returned for another dose. For some of our party this raised some interesting philosophical questions. Is going back always a lesser experience than breaking new ground? Isn’t it “better” to see new places and find new paths?

We always seem to discuss this when trying to decide on walking destinations. On this one I tend to side with Heraclitus, who was supposed to have said

On my first trip here, I was in my 30s. My memory of the week was that we climbed everything in sight, and that it was more exhilarating than exhausting. But don’t trust my memory as far as you can throw it! Less than a week after returning from the latest walk to the same area, exhilaration is again winning the arm wrestle with pain.

The photos don’t help. They neatly remove the aches, heat, sweat, leeches, march flies and mosquitoes from the scene. But then they also remove the bird calls; the humorous banter; the taste of the food; the magic of clean drinking water; the rasp of the rock; the whisper of the wind; and the sheer quiet calm of the evenings.

Alright – yes! It was a brilliant return to the Thetis Saddle. And as the pain falls away the joy remains firmly seated.

It makes me somewhat glad of the limitations of memory, even of the limitations of the human condition full stop. Had I recalled the agonies of the earlier walk, would I have returned equipped with my older, dodgier joints? Or more broadly would I really want to know the future? Even the trivial near-future, like how knackered I will feel after climbing steeply through scrub for a few hours?

No, sometimes being tethered to time and subject to imperfect knowledge gets you further. Does that make me like the neuronally-challenged goldfish of urban legend? (As it swims around its circular bowl, every time it passes the same rock it exclaims: “ooh, what a nice rock”.) Perhaps … but overall I think I prefer going back again for the first time. Even if it is the same mountain range, after the last walk I am certainly not the same man!
Posted by Nature Scribe at 15:23

Thank goodness it's not a groundhog day experience! Rather, the 2nd time round, a trip with memory that confirms the exhilaration of the 1st trip. Life is full of events that enrich us, some even painful. Like childbirth: such effort, and then the pain is all over and you're left holding a little miracle. And despite the pain and effort we go back for another go!
Miracles, beauty, love, exhilaration? - all worthy of a return journey! The memories become alive and active again!

Ps I'm in need of a mountain top experience! When are we
going?

I love the photograph. Very appropriate considering your description of bad memories fading while the glorious ones dawn.

Awesome photo. Even as a silhouette, it reminds me of that area. Yeah I tend to forget the painful times.. always worth it.