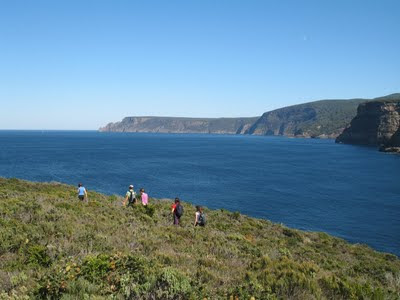 [some draft material from my walking book]

Why do we walk? And what is it that tempts some of us to walk long distances? Why bother with the sweat and strain of it when there are plenty of other things to do in life? If we must move from A to B, surely there are easier and quicker alternatives than walking. Didn’t our ancestors invent the wheel for that reason?

My granddaughter Sophy prompted me to ask a different question: How can we NOT walk? She had not quite learned to walk at the age of one. Around that time she and her family were staying with us for Easter. Previously a sweet-natured and laid-back child, Sophy seemed out of sorts, and spent quite a bit of the Easter week making an unholy racket for no apparent reason. From her high chair; from the car seat; from the standing, crawling or sitting position, she would squawk without warning a little too loudly for anybody’s comfort.

A month later she started walking, and a few weeks after that we visited her again. The audible difference was amazing. Our sweet Sophy was back. The reason? According to her mother it was simply that now she could walk. Her earlier frustration had arisen from her inability to move in the way most of us do.

We are made for walking.

We are bipeds, and we are physiologically designed to get around on two feet. It’s easy to take for granted, but very few other animals are bipedal. Even our near relatives, the chimpanzees, are essentially quadrupedal. They get around by knuckle-walking on all fours. While that’s more energy efficient than human running over short distances, human bipedal walking is far more energy efficient over longer distances.

In evolutionary terms bipedalism would have conferred an adaptive advantage on hominids, especially when food resources were scarce. Bipeds would have expended less energy moving from one food source to another. And standing upright would have added to that advantage by allowing them to spot food from further away.

As an Australian, in a hot, dry land of dispersed food resources, I can appreciate the need for energy efficient movement. In fact the bounding gait of some of our marsupial mammals is thought to be to an adaptation that allows greater energy efficiency over long distances. The large muscle-bound back legs of kangaroos and wallabies have been shown to use less effort per mile than “standard model” herbivorous mammals such as deer and cattle.

Despite all of that, I can’t see pogo sticks succeeding among the bushwalking fraternity. But it is fascinating to think about how we and other animals move. I once intently watched sea gulls flying. Their undulating and ragged progress reminded me of our walking. Instead of preventing falling by putting the next foot forward, the chubby birds stop an altogether more catastrophic surrender to gravity by the flapping of their wings. Each time the belly is hitched skyward, only to droop again towards the ground at the end of the upward stroke, before again being lifted higher by the downward movement of its wings. Presumably all this is done on a bellyfull of fish, and without any more conscious thought than our own walking.
Posted by Nature Scribe at 10:32