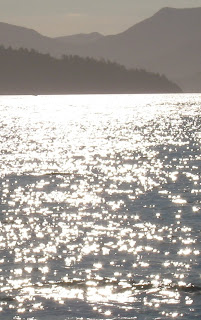 Parts of Tasmania’s coast are almost grammatical in their punctuations, indents and bracketed views. It makes them hard for even the most literate sailor to read. Southwest Cape is one such place: a remote exclamation mark on a rugged coast, an outpost of granite standing abrupt at the bottom left corner of the state. It is the end of the south coast, and the start of the west coast; the two wildest parts of Tasmania joined at the one point; the alpha and omega of the south-west wilderness.
On foot, reaching it is no simple task. From Melaleuca or Cox Bight - the nearest you will get even by light aircraft - it is still two days of ruggedly beautiful undulations away. All the while you are walking towards Tasmania's weather quarter; preparing to beard the lion in his den. When there's rain nowhere else, the far south-west still has it. "Showers in the far south-west; fine elsewhere."
My first view of the Cape had been from the nearby Ironbound Range some years before. While light clouds scudded over that range, they gathered dark and drear around the Cape. On that occasion I was glad not to be headed there. This time, by some perverse choice, it is my destination. There will be no “elsewhere".
The relatively bare granite of the promontory covers only its last kilometre or so. The rest of the way is barred by scrub. There is only a thin pad to mark the way, and that easily lost in the rain and mist. The arrow-shaped promontory slants south-west towards Antarctica, the narrower the further you go, until it tapers to nothing. The seas pounding this coast have not touched land since South America. They mean to be noticed.
Around our campsite, only salt-tolerant plants will grow because of the insistent salt-laden winds. Though we are at least 100 metres above sea level, a few days without rain has turned the creek water brackish, naturally polluted by the salt winds. The water flavours all our cooking, and is barely drinkable. It is strange to feel such thirst in a place so shaped by water.
There are other thirsts that can be more easily satisfied here, though. Unless you're a sailor, seeing an Australian sunset over the sea is largely the privilege of Western Australians. But the geography of this place allows me to share this wonder.
and every day you gaze upon the sunset
with such love and intensity
it's almost...it's almost as if
if you could only crack the code
then you'd finally understand what this all means. *
We recline on the rough-grained, rounded granite slabs, awaiting that marvellous plunge of sun into sea. The suck and surge of waves speaks the language of patience. The sea has no need for haste - but it will wear down this battlement.
The next day is windy - that at least was predictable, here in the path of the “Roaring Forties”. More surprisingly, it is also fine. We've planned to go to the very end of the cape, but discover that our rope is too short to allow a descent to that last rock. Instead we sit back for a while to watch, listen, feel this special place.
After a time the wind brings odd sounds with it. At first I dismiss it as the sucking sound of waves beneath the rocks. But then I see its source. There on the rocks, about 50 metres diagonally below us, is a haul-out of seals. They are probably New Zealand fur seals - glad to be out of the surging Southern Ocean for a while - lolling about in the lee of the cape.
We watch for an hour or more - far more fascinating to me than climbing. We even begin, with the aid of binoculars, to discern some of the personalities of the group. There's an old and intolerant bull, which bellows at any pups disturbing his sunny reverie. The pups are the embodiment of hyperactivity, chasing and nipping each other, practising with sinuous ease their aquatic skills in and out of the wash and swash of the shore.
All previous human generations would have seen these seals with different eyes. Watching would have been only for the purpose of ensuring greater surprise at the attack. There are different ways of seeing wildlife, but these days it is harder to justify or understand the exploitative ways.

* from Jane Siberry’s song “Calling All Angels”
Posted by Nature Scribe at 13:06