Wings Over the City

I hear the familiar call, see the flash of black and white, catch the size and shape of the bird, and smile. It's enough to lead me into a guidebook and back out with a name: European magpie.
That's hardly a coup. It's about as common as a kookaburra would be at home; with almost as recognisable a call. But that's not the point. When it's the first time you've seen a bird, especially one you've heard for years on TV (especially in the background of "Midsommer Murders"), there's still a wee thrill. 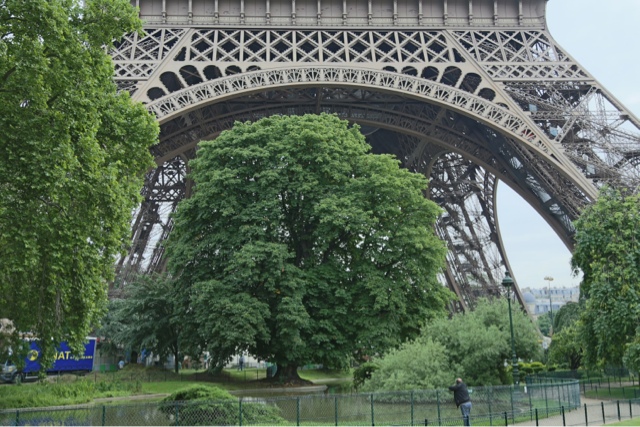 [Even the busiest of cities - and the most famous of landmarks - provide havens for birds]
Of course Stockholm, Berlin and Paris are not the first choice of places to go birdwatching in Europe. And I'm not here to do that anyway. But I can no more fail to notice birds than I can ignore the weather. So the Stockholm magpie success is a good start.
In Berlin we strike hot weather ... and swallows. It's the longest day, and Berliners are in a party mood. Diners fill the streets; music swirls through the air, as do insects. They make a sunny evening feast for swallows. As we dine I marvel at these supremely aerobatic birds, flying scythes sweeping the sky, cutting down insects.
Swallows are seasonal migrants to these parts, newly come from Africa. They make the massive 9 000km journey between continents twice a year. I'm reminded that we too are seasonal immigrants when we receive an email from our 9 year old granddaughter Emily in Tasmania. It contains a lovely haiku poem she has written. It inspires me to make my own attempt.
Oderbergerstrasse Haiku
Swallows feeding high
Clarinet sounds through the street
Diners summering 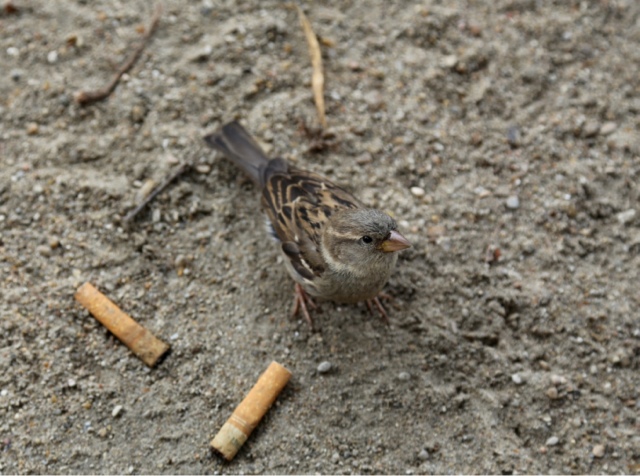 While swallows abound, sparrows and pigeons are surely the most common and cosmopolitan of birds. They are found in most cities and towns in almost every climatic zone on earth. We find both birds in great abundance throughout urban Europe. But Paris, it seems, is owned by its pigeons. Every street, monument, roof and statue seems acoo with pigeons. Many are the common pigeon (Columba livia domestica), although their larger, plumper near-relative, the rock pigeon (Columba livia), is particularly conspicuous in Paris.
We lunch in Place des Vosges, a wonderfully preserved 17th century square, and watch the two pigeon types spar with sparrows for scraps. We've only been in Paris a few days, but already we envy the birds their baguette-rich diet. 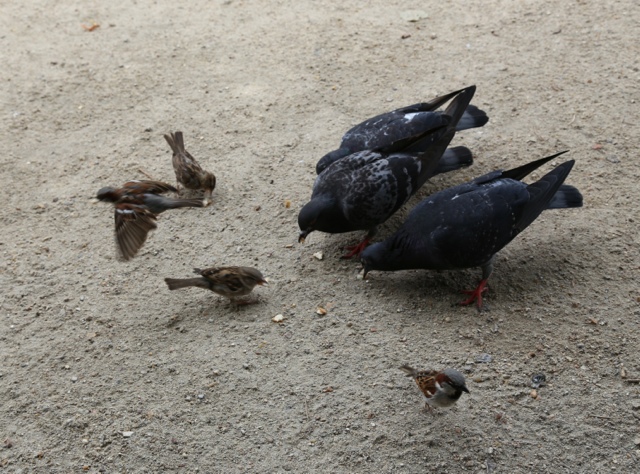 Parisians however are not as thrilled as we are by the abundance of pigeons. It's not so much the birds themselves, but their excrement that has the city authorities muttering "merde!" They have gone to extreme measures to try and limit their numbers: spiking their roosting places; putting them on the contraceptive pill; and threatening to fine anyone who feeds them. So far they've had little effect on pigeon numbers. 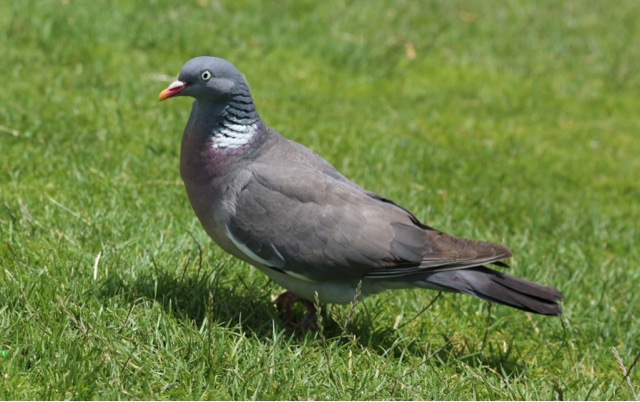 A longstanding quirk of mine is to address pigeons directly by the name "Walter". It combines a Doolittle-esque desire to converse with animals, and the name of the 1950/60s film star, Walter Pidgeon. Whether it's Hobart or Paris, I always stop and greet "Walter". So as we leave Place des Vosges, I farewell him too, wishing him well in his tussle with those anal-retentive humans.
Posted by Nature Scribe at 02:55