May He Long Be Remembered

Most of us are collectors of one sort or another. And if we are, sooner or later we face the issue of how to organise our collections.

I, for instance, have an over-sized CD collection, thanks to a long-term interest in music, a dozen years hosting a radio show, and even longer reviewing records. When my selectively vague memory sends me looking in the wrong place for a particular CD, I'm inclined to envy the skill and brain of a particular scientific hero. 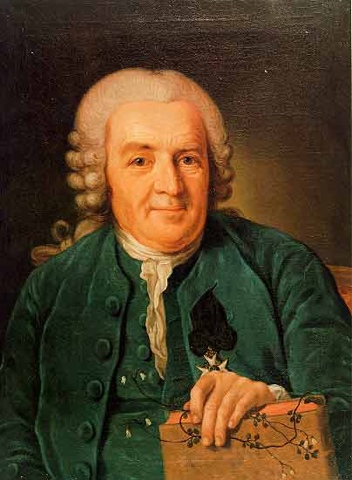 He is Carl von Linné (1707-1778), most commonly known as Linnaeus. He organised a collection that makes my CD pile look like a box of chocolates. The Swedish doctor and botanist attempted to systematize and categorize nothing less than all life on earth. "God created, Linnaeus arranged" he is quoted as saying.

Uppsala was the site of Linnaeus' major work. It is a beautiful small yet spacious city, some 70km up-lake from Stockholm. Modern buildings nestle in amongst 500 year old ones, and broad tree-lined streets intersect with small cobbled lanes. Although a thriving university city and home to 40 000 students, on this bright late-Spring day it is quiet and calm.

We've been accompanied on our visit to Uppsala's Linnaean Garden by Swedish journalist/actor Hans Bodöö. Since 1978 he has studied - and acted the life and works of - Carl van Linné. Today he is guiding our conference  group through parts of Uppsala. To say he inhabits the character of Linnaeus is not to exaggerate. Bewigged and costumed like an 18th century gentleman scientist, he guides us through "his" studies, trials and tribulations in Sweden and beyond. 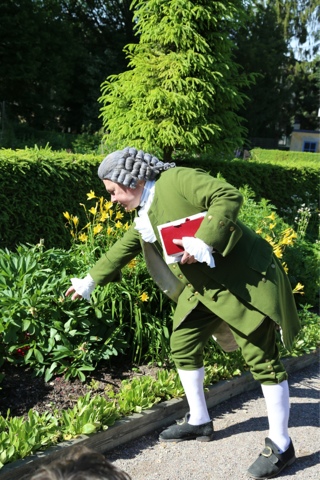 The garden is still laid out much as it was in his day, with annuals and perennials on either side of a central path. It is less a show garden than an outdoor laboratory cum library. Many of the plants are medicinal, as befitted a medical practitioner. Linnaeus trained in medicine as well as botany, and did at times advise patients. But there is little doubt that his major work and first love was botany. From his base in Uppsala he went on grand expeditions with his students, collecting plant - and also mineral and animal - specimens from the wilds of Scandinavia. His were not rapid sortees. Travelling on horseback, he would frequently stop, dismount, explore and collect anything that was new or fascinating to his enquiring mind. 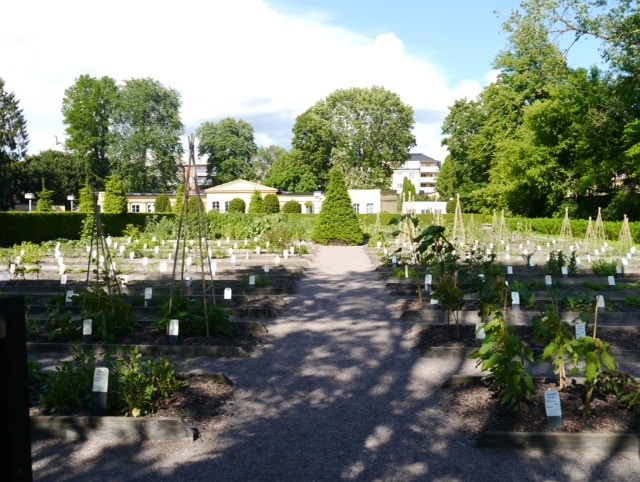 [A section of the Linnaean Garden, Uppsala, Sweden]

His greatest work occurred once he was back in Uppsala. There he devoted years of his life to cataloguing his collections, essentially coming up with the binomial taxonomic system that scientists now take for granted. Specimens were divided into groups according to specific characteristics, eventually ending up with the genus/species double name we homo sapiens are so familiar with.

Not only did he work out a system that could be followed by others, he also personally contributed thousands of names based on his own research and collecting. Any time you see a species name followed by 'L', it is one that was first described by Carl Linnaeus. Quite remarkably, over a quarter of a millenium later, his binomial system is still universally followed by scientists.

At another level - a more human level - Linnaeus was also a renowned and greatly loved teacher. He seems to have been a "soft touch". There are many references to him feeding hungry students, and finding ways to help them with their academic fees. Some of these students, inspired by their great teacher, literally went to the ends of the earth in pursuit of botanical study. One such was Daniel Solander, who went on to accompany James Cook and Joseph Banks on their journeys to Australia and the sub-Antarctic. 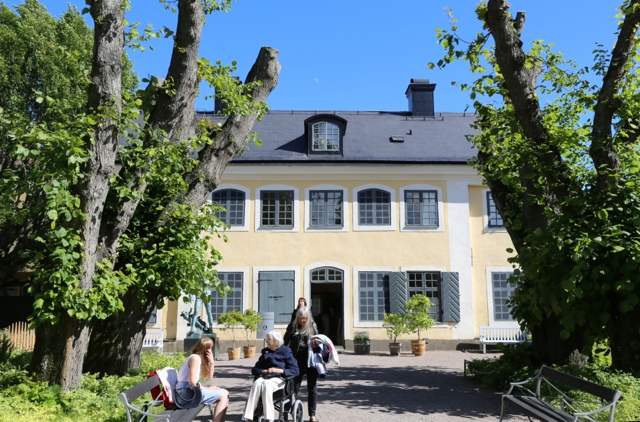 [Linnaeus' house, in the grounds of the Linnaean Garden, Uppsala]

The morning after our visit to Carl's garden it is light early. The birds are singing at 4am. I want to stay asleep, so I keep my eyes tight shut. But my ears I can't shut. Besides these are birds I have only ever heard from recordings or on television: a European magpie and a cuckoo.

The first is churring like a ratcheted razzle-dazzle; the second is making the classic cuckoo clock sound. Their sonic qualities are fascinating, beautiful, whatever their source. I might just as happily have lain in bed enjoying them in ignorance. Yet thanks to Linnaeus I can learn their scientific names, respectively Pica pica and Cuculus canorus. And I can see where they fit in the great panoply of life on earth.

CDs without labels might sound just as fine as those with. But they are easier to find, and then appreciate, when they are labelled. And sometimes labels can be a great honour, as we discover in Paris a week later. There we come across a street next to the Jardin des Plantes that is named in honor of Linné. Had I been wearing a hat, I'd have doffed it for the great Swede. 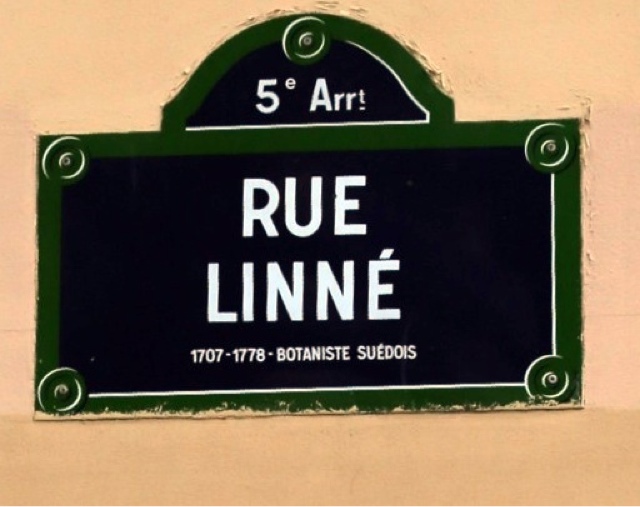 - Posted using BlogPress from my iPad
Posted by Nature Scribe at 04:00