A Shack By Any Other Name 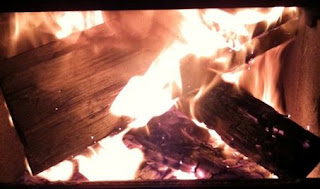 [Nothing beats the glowing heat of wood burning!]

Where you stay for a weekend away depends very much on where you live. I don’t mean which geographic area you visit, but what you call your temporary abode.

In much of mainland Australia it’s called a holiday house, a holiday home, or perhaps a weekender. Sometimes Aboriginal names, such as gunyah, mia-mia or humpy might be used, or even the PNG-derived term donga.

In New Zealand you get away to a bach, a crib or even a whare (pronounced “forry” – a Maori word for hut). In Scotland a humble hut is a bothy, a more palatial get-away is a lodge. But in Tasmania, no matter how grand or humble, it’s always just a shack.

Whatever you call it, there’s something pared down and simple about life at the shack. It seems to be about getting reconnected with each other and with the environment. Obviously it’s a tradition that spreads far beyond our shores.

In Scandanavia there is a long tradition of what they call friluftsliv (translated roughly as “open-air life”). Many seaside, lakeside, forest and mountain areas are set up for this friluftsliv. To help foster a love of all things outdoors, cabins or shacks can be built on some public land. However they may only be used in holiday periods, not as permanent residences.

In the case of Norway, the whole outdoor tradition, with its emphasis on being in touch with the grandeur of its landscapes, has been crucial in shaping Norwegian national identity. In that vein I wonder: is it a stretch to say that shack life is part of the Tasmanian identity?

Not that you have to own a shack. Most of us have managed to borrow or rent one at some stage. That very fact – the quasi-socialist redistribution of shack property – feels like part of the deal.

There also seem to be unwritten customary laws about what a shack does or doesn’t have. Few have dishwashers or phones, but most have lumpy lounges and beds. The pots and pans must come without matching lids. In fact matching anythings, whether cutlery, crockery or bed linen, is the exception rather than the rule.

If the shack has a television it’s usually the sort that has a coat hanger for an aerial, and requires more skill to tune than most mere mortals have. I recall one particularly apt piece of “percussive maintenance” I tried on an ancient set while introducing my children to the delights of Jacques Tati. While we could hardly see the picture, we managed to hear the wonderfully strange soundtrack of Monsieur Hulot’s Holiday between my thumping and tweaking of the television.

A recent shack stay on Bruny Island brought back many such memories, and generated more than the usual level shack envy in Lynne and me. We went as far as pricing a shack near the one we were staying in. That a one bedroom shack near Dennes Point could have a $350 000 price tag set our dreams on their ear. Working until we’re 95 just to pay off a part-time play-house seems a little excessive.

Somewhat sobered, we sat back in front of the glowing wood heater in the borrowed shack, thinking of all the things that appealed to us about shack life. The simplified life seemed to be at the heart of it. Even standing at the sink and washing up by hand seems to simplify life, perhaps by slowing everything down. But that particular stay was also highlighted by the wood heater, and that gave me a sudden brainwave.

Some years back we had all but pensioned off our wood heater in favour of the “simple, clean, no-fuss” heat pump (a.k.a. a reverse cycle air conditioner). I didn’t miss the hard graft of gathering, chopping and carting wood. But oh how we missed the loving glow of wood burning!

So to our new house. It too had a heat pump in the main living area (yes … “simple, clean, no-fuss” etc!). But the other half of the house used to be an artist’s studio, which we turned into a study/library/sewing/writing and guest sleeping area. It was a creative use of a large space, but during the cold months it was not very inviting.

Two problems – no shack, and a cold half-house – seemed to point to one lovely solution. Put in a wood heater! And then the brain wave. Why not call the old studio our shack? When we want that simplified life, and that warm glow of burning wood, we simply retreat to “the shack”! We leave the phone, close the door to the main part of the house, and we’re in the shack. No travel time, no ferries, and so far not even a television.

And the best part? The Scotsman in me loves the fact that we’ve saved $348 000 by adding a fire to what we already had, and calling it our shack!
Posted by Nature Scribe at 11:38

All we need now is some driftwood, some family pix and 3 flying ducks on the wall!

How about some drifting off, some actual family, and three flying pigs instead?