Nothing’s sadder, I know, than the passing of time. (Neil Finn, from “English Trees”)

The trouble with normal is it always gets worse. (Bruce Cockburn, from “The Trouble With Normal”) 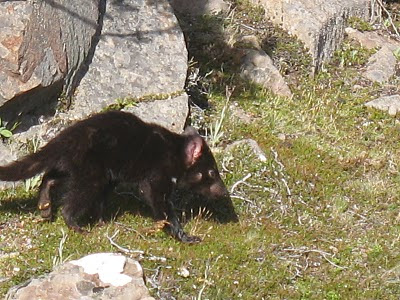 
[some natural reflections on progress - and its opposite]

I was born in the optimistic afterglow of World War 2: a classic baby boomer. We weren’t rich, but there was work for everyone, and nobody seemed to starve. The privations of war had departed by the mid-1950s, and if everything was bland, I was too young to notice it.

I was fed an educational diet of science and progress. I came to believe that I could do anything and be anything as long as I gained a good education. To students of the 60s and 70s, the world was knowable. And if you knew enough you could improve the lives of everyone in the world. (Yes, altruism was part of the diet too.)

Many Pooh sticks have passed under the bridge since that rosy era. I like to think that I haven’t been totally pincered by those twin ghouls of middle age: cynicism and disillusionment. But I am finding it harder to be optimistic about human progress in the face of what’s happened here on earth on my watch.

Take road kill, for instance. An odd place to start, admittedly, but in the 1980s, when I first began driving around Tasmania, there was lots of road kill. And most notably, there were large numbers of Tasmanian devils among the animals skittled on our roads. As the top carnivores and scavengers in Tassie, they were naturally attracted to clean-up the dead animals on the road verges; often becoming victims themselves.

In the early 1990s I remember writing a small leaflet explaining to tourists that the amount of road kill was ironically an indication of a healthy population of mammals. By the end of that decade dead devils were already becoming scarcer, and we were starting to hear about a deadly facial tumour disease that was decimating devil numbers.

Sadly it has proven far worse than decimation, which literally means the death of 10%. If there was such a word, we might talk about the nono-decimation of devils, because in some areas devil numbers have been cut by around 90%.

By very unhappy coincidence the fall in devil numbers has occurred at the same time as the European red fox has been (maliciously) introduced into Tasmania. Foxes had been introduced here for “sport” (ie fox-hunting) in the 1800s. Their failure to survive was laid largely at the feet of Tasmanian devils. Devils were believed to have targeted fox cubs, thereby outcompeting them.

To my mind those who deliberately brought foxes in from mainland Australia in the late 1990s rank as environmental terrorists. Had they tried to time their ghastly work better, they could scarcely have managed it. Slipping foxes in via the Bass Strait vehicle ferries, and releasing them close to Devonport and Burnie, they happened to find a place where devil numbers have historically been low. The devil facial tumour disease knocked those numbers even lower, giving foxes a window to breed and spread.

On the mainland of Australia, foxes have driven some of these animals to extinction. They have also taken a terrible toll on agriculture, especially sheep farming.

That two such tragedies – the demise of the devil, and the rise of the fox – have happened on my watch is profoundly sad to me. That there are many Tasmanians who don’t know and/or don’t care about this is even sadder. Is it the unregenerate baby boomer in me that thinks ignorance and malice need to be combated?

Since wringing my hands won’t do much good, I’d prefer to say how we can ring in some changes. If you even suspect you see a fox, or find any other evidence of one in Tasmania (unusual scats, den sites, stock kills), then put aside your scepticism and call the Fox Hotline 1300 FOX OUT (1300 369 688). And support the work of the Fox Taskforce, who are doing a tough job in the face of a public that is all too easily led to doubt the presence of foxes here.

And as for the devil, you can donate online to the Save the Tasmanian Devil Program Appeal at www.utas.edu.au/devilappeal. It seems apt that reaching into your purse (the Latin word is marsupium) could help save the world’s largest carnivorous marsupial.
Posted by Nature Scribe at 15:28

Good on you Dad.

I had no idea that foxes were re-introduced deliberately. How tragic.