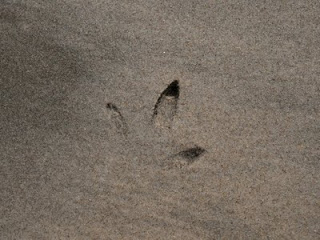 
What if life really did imitate art? What if each of us was to throw a painter’s canvas over the place we lived? What expression of our place, our life in that place, would fill that canvas? Would it be only the universals of modern urban life: the concrete and cars; plasma screens and iPods; mobile phones and plush furnishings that are found anywhere human prosperity has reached? Would our canvas not also contain the colours of the earth beneath our feet; the dark fleeting dash of the wild creatures we share our place with; and the variegated textures of the plants that respond to the particular seasons and soils of our particular place? Wouldn’t we want to record the sudden colour splash and sound of the birds that flit and flutter through our bushes; or the whisper, whoosh and wash of the particular weather that is present only here?

The Wildcare Tasmania Nature Writing Prize was conceived in 2002 to provide an outlet for the very particular and concrete thoughts and feelings writers have about the natural world. Not just any natural world, but the particular part of the world they have thought on, interacted with and cared enough about to express in words.

Since the first biennial prize in 2003, around three hundred individuals have entered the Wildcare prize; nearly half of that number in the 2009 event. The prize has tapped into a feeling that seems to be abroad in our land: the feeling that here, in the early years of the 21st century, we Australians are finally ready to write our places into a new kind of existence. We seem eager to record in words the feelings and thoughts about being in this land that have only slowly come to the surface. It now appears important for us to read our landscape; to know our place; and to celebrate the particularity of where we live.

It’s not that disgruntlement with our leaders or perceptions of threat – the traditional motivators of environmentally-slanted writing – have gone away. Clearly the mainstream 'success' of environment as an issue, and the plethora of spin about 'clean and green', haven’t assuaged the concerns of writers. But something else is happening that is both beneath and beyond the world of headlines and politics. At last place is about more than postcodes, real estate values and the cache of locality names.

My own place is near the base of a collapsed layer cake, geologically speaking at least. It’s a cake that was baked over some 280 million years out of whatever ingredients fell to hand. Right where I sit the available element was mud; just above here it was sand, and top-most it was magma – three hundred metres of it – injected up through layers of previously ‘cooked’ sediment. Not a conventional way to ice a cake, nor a standard thickness. But whoever designed Tasmania had an inordinate fondness for dolerite.

The collapse of the cake has been barely noticeable on a human time scale. Nonetheless it has crumbled, and will continue to do so. A large scoop of cake was taken out of the mountain’s side just above here by ice as recently as ten thousand years ago. The tell-tale swale is an unmistakeable signature of ice. Vertical scars through the forest show the tracks of more recent major rock falls. Occasionally crumbs still fall from the mountain’s table, with dolerite boulders turning up even here in suburban Hobart.

To keep reading my place, I must augment the geological timescale with the much shorter-spanned biological ones. I learn that when the Permian mudstone was just ooze being washed into the Tasmania Basin, there were no flowering plants. Conifers, cycads, algae, lichens and mosses impeded the erosive running water, with bits of plants joining the shells in becoming fossils. It wasn’t until that basin had been filled, buried, hardened, and lifted back to an altogether unrecognisable surface that the rock saw its first flowering plants.

Over aeons wave upon wave of varied vegetation adjusted to the different climates, latitudes and altitudes that this mudstone has seen. Until today the shallow, impoverished regolith and soil that it produces, brings forth not the spectacular rainforests than can grow on richer soils in this climate, but instead a gnarled and humble woodland of silver peppermint, Eucalyptus tenuiramis. A spacious, easily traversed forest with crackling, straggly undergrowth, so quintessentially Australian that I half expect to find a Roberts or McCubbin character propped against a trunk, billy boiling, handing me a cuppa.

Above us Tasmania’s green rosellas might be feeding on seeds, chuckling and sweetly tinkling, reminding me why I always think of them as bell parrots. If disturbed their relaxed calling would be replaced by their more excited flight/fright call 'cussick cussick'. Are they perturbed by clinking currawongs flying low through the trees? In this stealth mode, currawongs are more intent on finding prey than drawing attention to their presence. By contrast when our apple crop is near to ripe there is no such silence. Their loud ringing calls spread the news to the whole flock.

Such are a few tiny daytime fragments I might read in my local bush. But if I’m tempted to think I’ve gained a degree of familiarity, night-time confounds me. After dark this bushland takes on a wholly foreign character. Were I adept at reading with my nose, as my dog certainly is, I could more readily comprehend the pages of this crepuscular life. Instead I’m left to look at the tracks and traces it leaves behind. Potoroo and pademelon runways; bandicoot diggings; scats, frass, fur and feathers: clues to a twilit life. They remind me how close to bio-illiterate I am, despite nearly a quarter of a century of living in and looking at the one piece of bush.

All of this may explain why nature writing is a hard-won form. Yes, any good writer should be able to write about the natural world. But to do it successfully, to do it in a way that rings true, requires the same kind of observational commitment that writers put into character, plot or sentence structure.

This year’s prize-winning pieces illustrate well the benefits of such toil. Whether describing human efforts to restore what once was, nature’s gentle irruptions into tangled urban lives, or the perils faced by all life forms, the felicity of the writing cloaks the observational labour involved. How encouraging that so many are so effectively taking on this labour of love.
Posted by Nature Scribe at 10:50