Every July my thoughts turn towards France. You can blame the Tour de France for that. It’s something I simply must watch, though to be honest it’s not because I’m a rusted-on road cycling fan. Drug scandals aside, I find the intricacies of the sport devilish hard to comprehend. It’s more that I cannot take my eyes off the background scenery while I pretend to watch the race. If there’s a more diverse and beautiful country on Earth than France, I would like to see it!

Yet this July I didn’t spend any time in front of the TV watching Le Tour. I went one better, and was actually IN France for the 100th Tour. But don’t imagine it was so I could stand for hours in all weather with thousands of others waiting to catch a glimpse of a whizzing blur of lycra-clad heroes. Rather I was in France to join my own decidedly sedate peloton for a cycling tour through rural Burgundy. 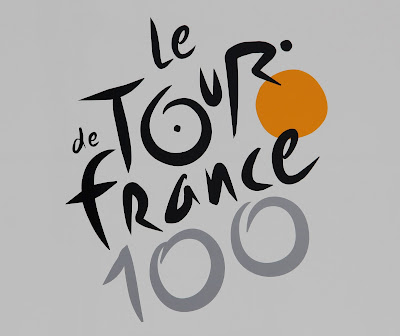 If walking is movement at the speed of thought, then cycling represents manic thought, with angst, exhaustion, bliss and exhilaration thrown into the mix. I bless the inventors of the modern bicycle – several Frenchmen among them – because they’ve given us a human-powered machine that can get us within a whisker of flying.

Even at ambling speed there’s something inherently pleasing about getting through the countryside on wheels. When that countryside is the Saone valley in Burgundy, that pleasure is multiplied.

Our group spent a week cycling more than 300km through a landscape with a long and deep history. We rode past villages and vineyards, through fields and woods, alongside rivers and canals. We passed mills and lavoirs, churches and ale houses. At times we wouldn’t have blinked had characters from fairytales stepped out, perhaps a hag offering enchanted fruit, or a donkey asking a favour.

When we paused for food, a boulangerie here, a café there, the food was hardly less enchanting. The baguettes were beguiling, the pain-au-chocolat divine, perhaps only the café-au-lait burst the bubble. The locals were very patient with our fractured French, just occasionally having some gentle fun at our expense, as when a group of rural workers cheered our passing peloton on with a mock “Allez, allez!”

Of course this bicycle bliss has a downside, and that downside is the backside. The human bottom was not apparently designed to spend long hours in a bike saddle. We were all saddle sore after a few hours, despite gel seats and padded shorts (which I always think of as “nappy pants”).  We expected we’d harden up after a few days, but every day the pain continued. While riding I took to shuffling my derriere from side to side, in search of relief. Off the bike I developed a cowboy’s bow-legged walk.

As a long time bushwalker, I found myself contemplating the similarities and differences between cycling and walking. As with walking, the gain to pain ratio of cycling is open to measurement. In both activities I find that the bliss generally outweighs the distress. Crucially for me, both activities offer un-mediated experience of your surrounds. Riding through Burgundy we could smell the cattle; hear the church bells; feel the breeze or sun or rain on our faces. And this being near Dijon, we could smell, almost taste, the mustard crops that matured along our route. Car travel, for all its advantages, simply can’t offer any of that.

And as with walking, cycling also offers camaraderie, whether deep conversations, jokey by-play or silent sharing of moments. On this trip we also shared moments of pain – including a few falls – and times of disgruntlement. And of course, this being Burgundy, we sampled together the fruit of the vines through which we were riding, albeit in bottled form.

At the end of it all I found myself in rare agreement with Lance Armstrong. “It’s not about the bike”. No ... it was all about France, and wonderful times shared in a beautiful country. I’m not sure how I will cope next July.