Why I’m a Christian and a Conservationist 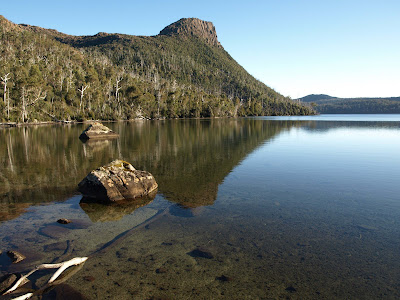 I want to make this a personal meditation rather than a sermon. I want it to be theological in the sense that the thoughts behind are reflective of the bible, and of my long grappling with how to think about God and the world. But it will not be systematic and nor will it be linear or logical. After many years of trying, I have discovered that my brain, and those of many I know, don’t always work that way. Instead I see things episodically; I flit like a bird from thought to thought; I am gripped by the drama of a story or situation; I grab what is relevant and then move on.

I want to paint a series of scenes, and then ask you to respond to them is some way: some via interaction with others, some via personal reflection.

Scene 1: Birds at my window

A male superb blue wren – that is actually its proper common name, and an uncommonly felicitous one – lands on the oak tree next to where I am writing. As usual I have music accompanying my work: a Scottish band playing a complex Balkan dance tune, as it happens. Seemingly in time with the music one, two, three, four female wrens arrive in sequence. The five wrens then flit from branch to branch in an impossibly complex dance – their form of the dance of love – and it looks to be perfectly in time with my music. I smile at this wonderful display, which lasts perhaps 90 seconds, before they fly out of sight to continue their dance elsewhere. They leave me with a feeling that mixes joy and grace. Call it coincidence, but I am grateful to both God and the wrens for this moment of wonder.
Question: Turn and share with someone near you an example of when you have been grasped by something in the natural world that has made you feel grateful or joy-filled.

"My rainbow in the clouds … will be a sign of the covenant between me and the earth." – Genesis 9:13

"Are not two sparrows sold for a penny? Yet not one of them will fall to the ground apart from the will of your Father." – Matthew 10:29

Question: What do you take from these verses? Are there other verses that you would use to reflect on how Christians might view the environment?

Scene 3: The Bishop and It

A learned and respected bishop is speaking at a conference. He is just getting into his much-anticipated, deeply theological talk when a baby begins crying. Several times he pauses, hoping perhaps for the child to be removed. Each time the bishop continues, so does the crying. Eventually unable to go on, the obviously exasperated bishop stops and says" "Either it goes or I go!"

Question: What, if anything, offends you about the bishop’s words and actions?

Martin Buber’s "I-Thou". Buber was an Austrian Jewish philosopher and theologian. He spoke about "I-Thou" as distinct from "I-It" as a way of relating to the world. He saw creation as holding ways into relationship with the ultimate "Thou", God. This distinction has been taken up by some environmental thinkers as a means of preventing us from seeing the world and objects as only there for our benefit. Even a tree, Buber argued, could be treated (mystically) as a "Thou" rather than an "It".

Zygmunt Bauman, a contemporary sociologist, has described contemporary life as "liquid modernity" (a metaphor for the never-static, always adapting nature of today’s living). It is based on the idea that our lives are fuelled by a problematic consumption.
This consumptive attitude goes beyond the obvious "consumer products" version. We also consume experiences, hobbies, even relationships. This consumption is not based on need, or even on want, but on desire. He illustrates the way in which it isn't the goods of consumption that drive us to consume; it is the experience of desiring them. Desire has an almost spiritual force – "desire desires desire".

Apart from the obvious pollution and waste that results from this, there is another relevance to the environment. In discussing relationships, Bauman helpfully differentiates love from desire. The latter "is an impulse to strip alterity of its otherness; thereby, to disempower. . . . Love is, on the other hand, the wish to care, and to preserve the object of the care. A centrifugal impulse, unlike centripetal desire." Apart from many other applications, this applies to our attitude to the environment also. If ever the creation needed people to love it, now is the time.
Question: [individually] When you think about a specific aspect of creation, be it a bird, a tree, a mountain or a moth, what kinds of attitudes or feelings are generated within you?

Loving your own place means that you take real notice of it; you know what fits where; you know what is happening from season to season; you chuckle – and possibly grumble - at its little peculiarities. But you love it! You rejoice in what it gives to you and yours. And because your covenant is mutual, you also give back to the place. You become its advocate and its defender from outside threat.

One person who personifies this for me is an ecotourism operator named Davy Lubin. I met Davy in Sitka, Alaska while he was showing a small group of mostly elderly cruise-ship tourists the wildlife of Sitka Sound in the state’s south-east. At one point, after Davy had cut his boat’s engine to wait for whales, he began explaining his love for this beautifully wild part of Alaska – the Tongass National Forest, the largest national forest in the whole of the USA. Oblivious to the borderline bilious boat movements, Davy praised the vision of President Theodore Roosevelt, who had reserved the area in 1907. He then talked of his own utter dependence on the area’s natural systems. Simply but profoundly he talked us through the local food chain. To say it starts and ends with Pacific Salmon is an over-simplification, but not a gross one. The salmon come in from the Pacific Ocean every spring in unimaginable numbers to spawn in coastal streams. From northern California to high-latitude Alaska they are caught while still at sea, directly providing the likes of Davy and his family with food. The salmon also feed countless bears, orcas, sea lions, otters and birds, helping them to put on fat that will see them through the harsh winter. The fish also indirectly feed and fertilise every square inch of this place, Baranof Island, as they do thousands of similar places. Salmon DNA has been found in the pine needles of conifers high on the island’s highest mountains, percolating into the tree’s juices through bear and bird droppings deposited there.

As well as supporting the vast and rich coniferous rainforests, and the array of creatures in them – including deer that provide Davy’s family with venison – the salmon-enriched nutrients eventually flow back to sea as a powerful brew. That in turn provides food for aquatic life from protozoa and krill all the way up to the humpback and grey whales that frequent the area in large numbers. And that is yet another meal-ticket for Davy Lubin and thousands of other Alaskans who rely on tourism for a living. So much rides on the salmon’s back – and there’s plenty enough for everyone, at least for now.

While I was in Sitka it was salmon spawning season. Every estuary and stream writhed with striving salmon. For weeks they kept pouring up the rivers and creeks. There are so many salmon in this annual run that the brown bears become very choosy about what they eat. With surprisingly delicate claw movements they will slit open salmon to remove and eat such delicacies as the roe or the brain. They then discard the rest of the fish, which will join all the others that expire shortly after spawning. The streams and eventually the very air become choked with death. On one approach to Sitka township, near Indian River, the stench of dead salmon fills the air. Even driving by with air conditioning it’s impossible to avoid the stench. But it is possible to think of it positively. We once lived near a piggery, and the farmer would smile at those who commented on the smell. "The smell of money" he would say with a wry smile. In a rather less crass way the locals of coastal Alaska know that the stench of dead salmon is the smell of a healthy ecosystem as well as the smell of money. For them ecology and economy aren’t separate. Back in Australia I’ve come to love the smell of mangroves; the reek of rotting kelp; the vapours rising off wetlands. They too are the smell of a rich and healthy environment.
It was not always so in Sitka, which once had a pulp mill. Despite all the usual promises about zero emissions, stringent controls and state-of-the-art technology, the mill ended up spewing effluent and smoke into this indescribably beautiful environment. The company paid the resulting fines as a kind of licence-to-pollute fee. The mill created employment, of course, but at what cost? The town became deeply divided between pro- and anti-mill factions; families and neighbourhoods were divided; and sensitive wildlife such as seals and sea-otters voted with their flippers, and stayed away from the area. And that’s to say nothing of the forests that were turned to pulp, and the soil that was washed into the sea. In 1993 the mill closed, and when I visited in 2005 most of the rancour was long gone, and both the wildlife and the economy were doing well. At the peak of logging, about 4,000 people worked for the timber companies. Now more than 5,000 work in tourism-related fields.

At Davy’s beautiful hand-built waterside home, made from local Sitka spruce and hemlock, logged and milled by Davy and friends, we talk further about the difference between conservation and preservation. Davy is firmly of the former persuasion. He unashamedly uses some of the natural resources of the area to feed and shelter his family. But being a lover of the place, and a powerful advocate for its natural systems, he is not going to lightly allow the area to be exploited or degraded again, as it once was by the pulp mill.

I left wondering whether it need be all that different for any of us in our own local regions. Perhaps access to a wonderful natural environment is more powerfully concentrated in places like Alaska and Tasmania. But couldn’t it be similar everywhere? One of the necessities, wherever we choose to call our home place, is that we cultivate a contemptless familiarity with whichever natural processes are going on around us. If we have to pay something, the least we can do is pay attention.
Posted by Nature Scribe at 20:42

How wonderful to read all of this. I especially love the Buber section, and the last wonderful part full of thick smells about salmon and how we use our homes.