A Door to the Wild

Two days walk from the nearest road, in the middle of a tangled New Zealand forest, was the last place I expected to find a wooden door. But there it stood, bold as its brass handle, propped up against a mossy ledge, the words “Please Shut the Door” scratched onto it.

I’m guessing that some Kiwi track workers had perpetrated this very original sight gag. We duly chuckled, took a few photos, and walked on. Only later did the door start to take on a metaphorical character for me.

Do we actually need doors to the wild? If we loosely define the wild as place, process or object carrying on substantially as it would have without human influence, what paths lead us to that wild? And to an appreciation of wild things?

As a child the bush was my main playground. Out there I could climb trees, chase cicadas, splash in creeks, throw rocks, hide in bushes. And all the while I would be seeing, feeling, smelling, hearing, discussing and discerning the patterns, changes, similarities, differences, dangers and delights of the wild. I doubt that mine was an ecologically rare or special piece of bush. But it was there, and access to that bush was my first doorway.

Time was another. My childhood was not heavily timetabled. Mucking about in the bush for the best part of a day was not unusual. As I grew older, that exploration moved from the local “wild” to the larger wild; from one day outings to multi-day trips; from sneaked fires to campfires; from childish guesses to the actual study of plants and rocks and animals. So study became a further doorway.

But for me wildness wasn’t only found out there, in the bush. To my young mind, the silkworms I kept in a tattered box in my bedroom were wildlife too. Watching, feeding and breeding those exotic creatures was as thrilling as seeing a cicada emerge from its larval shell. My child’s sense of wonder was fed by both invertebrate encounters.

So too in the garden, where the alchemy of seed and soil; worm and water led to the wonder of flowers and vegetables. Food itself, even in those staid pre-zucchini days, was still a source of sensual amazement. While some vegetables were a taste to be acquired, fruit was an early and constant delight. If grapes ever started to feel ordinary, there would be cherries, or apricots, or peaches as the seasons turned. And when apples began to look wrinkly and tired, oranges would come to sweeten the winter and ward off ills.

Cooking too was a revelation. I would watch as my mother turned flour, butter, cocoa and sugar into superb chocolate cake, ever hopeful of beating my siblings to the spoon-licking. Sometimes that food amazement could turn to painful astonishment when a lack of hygiene put peristalsis into reverse. Even if the ingredients weren’t wild, both taste and the digestive processes certainly could be! 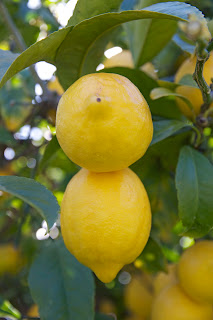 In the sky I could watch birds as well as burgeoning clouds. If ever anything was wild, it was the thunderstorms that shook and shimmered through our summer skies, sending my grandmother into her wardrobe in fear. And when skies were clear by night there were stars: so many, so far beyond us, so immune to our actions. 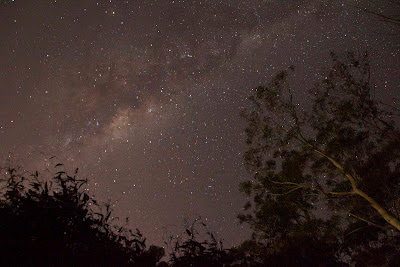 I recount all of this not as an exercise in nostalgia; or a mourning for lost days. These were simply my doors to the wild. And they are still there, even if we civilized humans imagine we have gone where the wild can’t follow. No, trying to hide from the wild is like running from our own blood. We'd have to stop eating, cooking, walking, touching, looking, smelling, hearing, loving. We would have to cease being embodied.


That will come soon enough, but even then I doubt we will ever be able to shut out the wild.
Posted by Nature Scribe at 10:29

A stunning piece, Dad.
Beautiful. Can we have more, please?